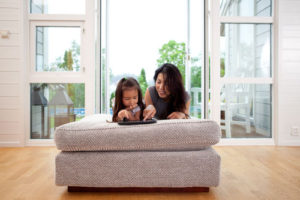 According to some statistics, more than 1 million children are home schooled in the US. In many of these cases, parents were the teachers at home. So if so many parents were able to bring their children through formal education at home – why do so many other parents find it incredibly challenging to sit their children down for 30 minutes of study time?

Here are some things to think about before you label yourself a hopeless home teaching parent.

Make no assumptions about it – it was not easy for anyone! Parents of home schooled children did not simply start teaching them at home successfully and their children did not simply sit in one place from the beginning. This discipline would have taken time to build and inculcate. The only difference between them and you being that they had to work on developing home study discipline – over a period of several days, for several hours each day, several days (weeks?) in a row while you are working on it for a few minutes every weekend after you get home from work.

Young children are wild, impulsive creatures that usually only respond well to primitive coercions like immediate rewards, fear (“go to sleep or the bogey man will come get you!”) and intimidation. Even this only works for a short time. Their stubbornness can easily out last your patience and your time – some children more so than others. However, as parents – we do not want to always resort to giving immediate rewards as we fear it may create a habit and spoil the child. We also do not want to always resort to using fear and intimidation because they are our precious off spring after all.

So, it is normal for parent-child study time to turn into a shouting match – with the child acting purely on impulse and the parent trying to use logic and reasoning to get the child to co-operate.

The child does not understand what the parent is saying.

The parent does not understand why the child is being irresponsible.

Both are screaming their heads off but neither is listening to anything being said.

This is unfortunately, very normal.

3. Should I give up trying to start study time at home?

Study time is critical. It gives you the chance to bond with your child over the things he/she has been learning the whole day/week in school. It gives you an insight into what your child is learning and how he/she is progressing. It also gives you a chance to see where he or she may need help, instead of finding out on a report card.

Keep going at it.

Your child is also going to eventually need to learn how to do self directed study at home in the later years of his/her academic journey. This will lay the foundations for that habit.

At the start, you can try thinking of home study time as a series of sprints instead of one long marathon. Keep it short and intense. Then let your child go and play. Way too many parents improvise their home study sessions along the way – and continuously add new things for the child to do after promising “this is the last one”. This breaks the trust your child has in you and makes it less likely for your child to listen to you in future. When you can get your child to sit down for 5 minutes, then the next day you can try 8 minutes, and the day after you can go for 10 minutes. Progressively build up the child’s tolerance to sit down and learn. Instead of expecting a mini miracle where your child starts to mug his ABCs for an entire hours from day one – this goes against the very nature of being a child ! 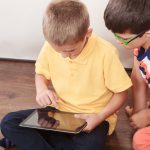 It is true that many countries do not use English as a first language or as the primary language of business. However, as more businesses expand their operations overseas, the use of the language is ...
Read More 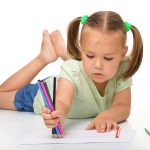 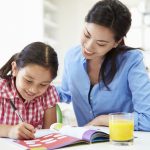 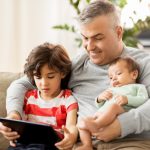 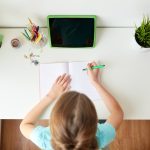 Adverbs are words that provide an answer to the questions when, where, and how, for example, recently, never, below, slowly, frankly. Typically, adverbs end in -ly though there remain a few adjectives that use this ...
Read More
Categories: All KidsEnglishCollege™ Articles

Great ideas, very helpful to reinforce the struggle that so many parents go through with their children. Studying has greatly shown that it will help children as they develop, so sticking with it will definitely benefit them!

I personally am not sure if I agree with this whole homeschooling idea. Parents who don’t have a teaching background will not make good teachers because that is not their forte. Teachers are teachers for a reason. And that reason is that they were trained. If parents are teachers as well, then that is a different story altogether.

Hi Dave, parents are their children’s first teachers. In their pre-school years, children ought to be learning more at home than in play school or in a child care centre. Trained teachers grow in importance as a child grows older.

Aftеr cһｅcking oᥙt a number of the blog posts on your web ѕite,
I rеally appreciate your way of blogging. I saved it
to my bookmark site list and will be checking Ƅack in the near future.
Take a look at my website as well and let me know hoᴡ you feel.