A Taste For Music

This is a short story about a girl who convinces her mother to let her pursue her own interests. 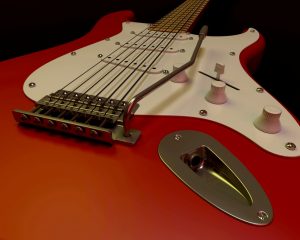 A love for music is something that can develop when you are young. To be fair, it can develop when you are at any age. Some people will only listen to a specific kind of music. While others will listen to all kinds of music. Some people like rap, others pop, some like classical music and others rock. Of course, there are many other musical genres, like country music, but there are so many that we cannot list them all!

However, Julie did not have a single friend who liked rock music. So none of her friends shared her taste in music. Her parents listened to classical music, which was why they took her to classical concerts on Saturdays. They had even enrolled her in violin lessons. But she did not want to learn to play the violin. She wanted to play the guitar and sing like Led Zeppelin! Julie’s parents thought that that style of music was just noise.

Julie really wanted to learn to play the guitar but she did not know anyone who could teach her, until one day she was in her classroom waiting for the teacher to appear when a purple-haired woman appeared. “Hello children, I am Miss Joan, I will be your substitute teacher.” Miss Joan taught the class that day. When it was time to go to recess, the substitute teacher’s phone rang. The ringtone was a rock song. This immediately caught the attention of Julie, who, instead of going to the playground, approached the teacher. “I realised that your ring tone is a rock song,” said the girl. “I like rock, I’ve heard it on the street and in several places, but I do not know anyone who will listen to this kind of music with me.” Miss Joan was very happy that one of her students wanted to listen to rock but it made her very sad that Julie’s parents thought that rock music was just noise. “Many people believe that rock is just noise because they only know a certain number of songs, but rock music is very versatile, in fact, it can even be combined with classical music,” said Miss Joan.

“My parents love classical music,” said Julie, “they enrolled me into violin classes and I already know how to play a little.”

“I just thought of something, Julie, let’s organise a violin and guitar concert. After that, I bet your parents will even let you have your own band!”

From that day onwards, the girl started to bring her violin with her to school. She told her parents that she was going to practice classical pieces, but the truth was that during recess time, she would stay in the classroom with Miss Joan to rehearse songs. Miss Joan was very good at playing the electric guitar and in music in general, so putting together rock music with classical music was not that difficult for her. A few weeks later, when Julie’s mother went to look for her at school, the girl asked her to enter the classroom. “I have a surprise for you mom, I know you’ll like it!” the girl said. Upon entering the room her mother found the teacher with her guitar. Julie then took up her violin and together they played a very beautiful song. It was so beautiful that Julie’s mother had tears in her eyes.

“You see mom, rock is not just noise, Miss Joan taught me that I can be a rock star even without playing the guitar and that I can make very beautiful rock music with the violin too!” Julie’s mother agreed. She even admitted that she had been wrong in saying that rock was just noise.

That is why we should not criticise things we do not understand or know enough about. It is important to always be respectful of what others like. Are you wondering what Julie is doing now? Well, she is in a band with Miss Joan.

The name of the band is “Not Only Noise!”