This is a short tale about a boy and his alien friend named Q. 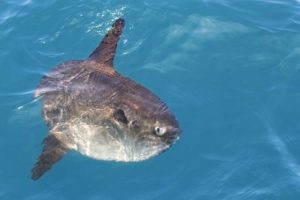 You never know how amazing a ride in a spacecraft is until you’ve had one. On the inside of a spacecraft are buttons and lights of all colours. From some angles, it can look like a car. Bobby asked the alien piloting the great big spaceship they were in to bring him to one of his favourite places: the beach.

Bobby sang to the alien, whose name was Q. “What is that you just did?” asked Q.

“I just sang a song. Whenever I go to the beach with my parents we sing a song to make the road trip more fun,” answered Bobby.

“I do not know what a song is,” said Q a little sadly.

“Oh, a song is words said to music. Music is a very beautiful sound. Music can come from you or from tools. For example, the sounds you can make with your voice, you can also make with a musical instrument. Sometimes, music can just be the sound of the wind blowing through trees. What matters is that it sounds beautiful to you.”

“On Frox, my planet, we do not have music. But I want to make music from my mouth like you, show me please,” asked Q.

“Well what you have to do,” said Bobby, “is just say the words but in a way that they sound better.

Something like this:
We´re going to-o the be-e each
Driving this spa-a-ace ship
Me and my fri-e-end
Where the fun never e-e-ends
Swimming in the sta-a-ars
Driving this flying c-a-ar
Oooh
We’re going to the beach.
… and that’s how you sing.” said Bobby.

Q looked at Bobby. He was very impressed. He had never heard music in his life and he liked it. Q tried to sing like Bobby but it sounded different because his voice was like many voices together—a voice of a dad, a boy, a mom and a girl at the same time, and sounded as if four people were singing the song. Bobby was impressed, so he smiled and said: “Good my friend, you know how to sing!” Singing the song they had invented, they continued on their trip to the beach. By the time they reached the beach, it was night and everything was dark, so they could not have fun running or making castles in the sand. For a moment they were both sad, but Q had an idea. He moved the spaceship and without hesitation, submerged it under the sea. They could not play on the beach but they could travel under the sea in the spaceship. The amazing machine could go anywhere!

Under the sea, they saw many fish of all colours including whales and sharks. They went down to the deepest depths where there were octopuses and huge squids. Bobby never thought that he would go down to the bottom of the sea and that he would see all the wonderful creatures that lived there. The ship was surrounded by fish, which looked at them and swam around them. They were having fun with the new visitors.

“Hey,” said Q, “Why don’t we teach them how to sing?” So Q started singing the song invented by Bobby and all the fish sang with him.

“We’re driving to the beach”
Sang the whale.
“Driving this spaceship”
The dolphin sang.
“Me and my friend”
Sang the clownfish.
“Where the fun never ends”
The shark sang.

Everyone had a lot of fun. After a while, when the sun was already starting to rise, Q took Bobby home, arriving just in time for Bobby to be in his bed when his parents woke up. This was the first great adventure for these two friends. Q left, but promised to return soon to have another adventure with Bobby. But this time, Q promised to take him to Frox, which was his planet.