Julio Buys His Mother A Present

A short story about a boy who learns how to earn money. 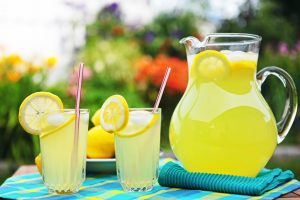 Julio’s mother’s birthday was fast approaching and the boy had no gift to give her. In the previous years, he had been too small to give a present to his mother. But he was already a big boy this year, so he wanted to give his mother a very nice present like the ones other people usually gave her. The problem was that Julio did not know how to get a present. When his father gave gifts to him or his mother, they appeared as if by magic! He did not know where they were bought or made.

“Dad,” the child asked one day, “Where do the presents come from?”

“Sell? What does sell mean?” The child asked. He did not understand what his father was referring to.

“It means you pay at the store to take it with you.”

“And what does pay mean?” His dad realized that he had to explain things to Julio in a different way. “Well son, I’ll explain this to you better. You know I work in an office, right? Well, I go to the office to work because that is my job. A job is when you do something for someone and you get a reward for it. When you do homework so well that the teacher rewards you with stickers of stars. Well, in this case, instead of rewarding me with stickers, they give me money. Do you understand this?”

“Yes dad, I think so.” said the boy, who listened very carefully to what his father said.

“Well, now I’ll tell you what money works for. All people need basic things to live. We need a house to live in, a bed to sleep in, food to eat, shoes to protect our feet, clothes to wear and protect our bodies, and many other things! Almost nobody knows how to make everything. I do not know how to make clothes, how to build beds or how to cultivate food. The man who cultivates the food does not know how to do the things that I do as an executive, nor does he know how to build beds. Money exists so that we can all have a common way to trade. Instead of trying to make all things on our own, we concentrate on the work we do best and with the pay we receive for that, we buy everything we need. Do you understand?”

“Tell me what I just said to you.” his father said, putting a hand on Julio’s shoulder.

“You said that work is something you do to receive a reward. The reward is money. You work doing what you know how to do and with the reward you earn for that, you pay for the work of others and they give you the things you do not know how to make yourself. I think that’s the way it is.”

“Right son! That’s the way things are” exclaimed his father satisfied. “But dad, I think kids do not work. Because the rewards that they give us are stickers in my exercise book and other things like candies and sometimes a new toy.”

“Children’s work is different because it is the parent’s duty to take care of children until they grow up. Once they are big, they take care of themselves. But there are times when children can have small jobs. When I was your age, I worked cleaning streets where leaves were piling up in front of houses during the fall and cleaning snow in winter. With the money they gave me, I bought a lot of ice cream.”

“Dad, I’m asking you this because I want to surprise Mom, I want to give her a birthday present but I do not know how to do it.”

“Mmm, I have an idea. You can sell lemonade; I’ll help you. We’ll prepare the lemonade and set up a stand so you can work and receive money as a reward. You can then exchange your money for a nice gift for your mother.” This sounded like an excellent idea to Julio. So Julio and his dad (who was also called Julio), started to build a lemonade stand.