Going To The Mountain

This short story is about trying new things. 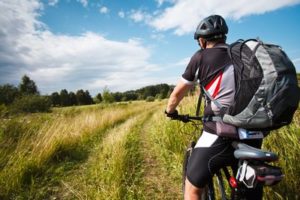 Not all adults have fun in the same way. Some adults like to read storybooks. Other adults like to write their own short stories. Some may like to build things like sheds, or houses in trees. Some like to take care of their cars or motorcycles. There are those who like movies and television very much. There are those who love to read long books or paint stuff. And there are also many adults who love to exercise. Those who like to exercise sometimes go to gyms to lift weights and make their muscles grow bigger. They also sometimes run long distances, ride bicycles or play other sports. Sometimes, they can spend several hours a day just doing sports.

Unfortunately, these adults often find it difficult to share their hobbies with their children, because kids are not allowed to go to gyms to lift weights. Children are smaller people and it is not safe for them to walk around gyms. Children are not supposed to hang around tool sheds with tools lying around either. Little children usually are not able to play sports like tennis or squash with their parents because they are nowhere near as strong as them, making it dangerous! So adults have to think of a way to share their love for exercise with their children. This is a story about Josh and his father.

The boy loved his father very much and his father was very good to him. The man was a physical fitness coach in a very important gym in the city but it was difficult for him to share his love for exercise with his son because Josh was a child who preferred to listen to music or read. Nonetheless, Josh’s father decided to bring his son out mountain climbing one day. They left very early one day because the mountain was very far from the city. On the way there, Josh noticed that everything was very green and very beautiful. There were cows and other animals eating the lush green grass on both sides of the road. When they reached the mountain, Josh realized that it was very high and he was afraid of being unable to climb it. But his father pointed out a path that was not very difficult and not very steep. Walking that road would simply be like taking a walk in the sun surrounded by nature.

The birds sang, the trees were very tall and the sun lit up the place all around. As they climbed, Josh thought that the landscape was very beautiful because it was very different from the city with its large buildings and cars always making noises.

“Nature is very beautiful. When I was a kid like you, I always visited mountains with my father. But we rode up the mountain on our bicycles, so I learned to love exercising because it made me feel good” said Dad to Josh. Josh thought his Dad was right.

“Dad, next time I want us to ride bicycles. Is it a fun thing to do?” asked Josh.

“Of course, it is, although you get more tired doing it. But if you want, we can visit the mountain again the next weekend and we can have a race, what do you think of that?”

“I would like that very much!” said the boy. They continued talking until they reached the top. There they stopped to eat some snacks that Josh’s father had prepared, then they came down from the mountain, being very careful not to fall. When they came back, Josh realized that everything around the mountain was really beautiful and that he really liked this kind of exercise. From then on, Josh could start having fun with his father while they exercised together. And now every weekend, they climb the mountain or ride a bike!