The Child Who Ate Too Much Ice Cream

Any short story collection would be incomplete without a story about a visit to the dentist. 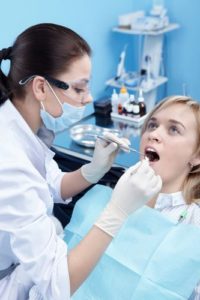 Billy loved his ice cream. Ever since he could remember, ice cream was the only thing he ever really loved to eat. He did not really fancy other supposedly delicious food like cakes, fried chicken, or candy. He simply loved ice cream, in any shape, flavour or form. Billy’s parents were always reminding him not to eat too much ice cream. They knew that ice cream had a lot of sugar in it, so they were concerned for Billy’s health, and since Billy loved to eat ice cream before bed, they were especially concerned for his teeth.

But like most young boys – Billy never paid much attention to his parents when they tried to explain to him that too much of a good thing was usually bad! Billy always thought to himself that only old people could get rotten teeth, diabetes, or could suffer from poor eyesight. He was young. In fact, he was really young. So he was sure that nothing bad would happen to him. Sure, every once in a while when he really had too much ice cream, his stomach would feel uneasy and he would feel like throwing up, but such occasions were very rare. Ice cream gave him a lot of energy and Billy loved to run around and play, so he needed the energy that only ice cream could give him!

Several months passed in this way and since there were so many kinds of ice cream to try and taste, Billy never got sick of eating it. Sometimes, he would walk for nearly an hour or more to new ice cream shops that had just opened in nearby towns, just to taste their ice cream. He loved his life. Since Billy was doing well at school and his teachers knew he loved ice cream, he was always rewarded for his good behaviour and grades with ice cream. It simply was not possible for Billy to get enough ice cream! One fine day after school, Billy stopped by a local pushcart vendor to buy some ice cream. He was such a regular customer that the vendor addressed him by name. They also spoke for a short while about school while the vendor prepared the ice cream for Billy. He had ordered a mix of vanilla and strawberry flavours and was really looking forward to eating it. He bit down into it but suddenly he screamed in pain. He also dropped the ice cream on the ground. In fact, he dropped everything he was holding onto the ground and clutched his mouth with both hands. He had never felt such tremendous pain before, not even when he had broken his arm a few years ago. It brought tears to his eyes.

Billy ran home, still holding on to his mouth. Billy’s mother immediately took her son to a dentist. The dentist asked Billy what had happened.

“I was about to eat some ice cream, but when I bit into it, I suddenly felt a burning hot pain in my front two teeth,” said Billy. The dentist nodded his head and asked Billy to open his mouth wide. Then he took some frightful-looking tools and prodded around inside Billy’s mouth. Billy tried his best to stay calm. He started to relax when he realized that there was no pain involved: or so he thought.

“This might hurt a little, please let me know if it does,” said the dentist. Billy started to grow nervous when all of a sudden, the same searing hot pain flashed through the front two teeth in his mouth. Billy let out a little yelp of shock and started to cry. The dentist calmed Billy down. Then he explained to Billy and his parents that Billy’s tooth was decayed. Because of this, the sensitive parts of the teeth that are usually not exposed to the environment we’re now exposed to. So whenever cold ice cream came into contact with these nerves, Billy felt tremendous pain. The dentist went on to explain that this had probably come about because Billy had not brushed his teeth properly before going to bed. Billy knew that was true. He had not brushed his teeth at all on most nights! The dentist, however, was able to share some good news with Billy and his parents “Fortunately, these are still his baby teeth. They are already loose anyway so I am going to pull them out. As long as Billy brushes his teeth regularly, he should not have similar problems in future.” Looking at Billy he said, “And remember, always brush your teeth before going to bed. That is the best time for bacteria to grow so don’t give them the chance to do so!” Billy was not very thrilled to hear that the dentist was going to pull his teeth out. But the procedure was surprisingly painless. He did have a mouth full of gauze for a couple of hours, though. From that day on, Billy always brushed his teeth at least three times a day and always before going to bed.