John Wants To Rule The World

This story is about a little boy’s dream. 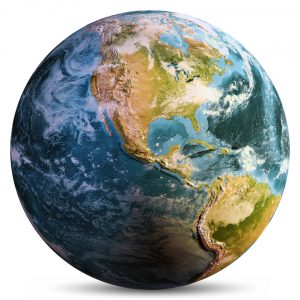 John wanted to rule the world one day. He often watched movies and cartoons where an evil supervillain had a nasty plan to take over the world. John always wondered why people could not take over the world by doing good things.
John loved to tell his family and friends about how he planned to take over the world one day.
When John grew older he would give everyone chocolates for breakfast, lunch and dinner and surely they would make him ruler of the world then? When John grew older he would give everyone a lot of money so that they could buy all the toys they wanted and surely they would ask him to be the ruler of the world then? Finally, he would shut all schools, so that everyone could have lots of time to play all day, and surely the whole world would want him to be their ruler then? John could not wait to grow up.

One day, John was playing with his friends at the playground. They decided to play a game called “police and thief,” and whoever won the game would get a piece of chocolate. John was really fast and always caught the thieves, and never got caught by the policemen. So he always got a piece of chocolate. After a while, he started to feel sick from eating too much chocolate, so he had to go home. As he walked home, he walked by a charity drive where volunteers were collecting used things like toys and furniture. He walked up to a volunteer and asked “Why don’t you give everybody some money so they can buy new things instead? Won’t that make them happy? That’s what I am going to do when I grow older.” The volunteer chuckled and asked: “How much do you plan to give everyone?”

“One hundred dollars!” said John proudly. The volunteer then said: “There are 20,000 people in this city alone. That means you need 2,000,000 dollars just for this city. Do you have that much?” John did not really know how much 2,000,000 dollars was or what it looked like, but he could tell that it was a lot of money!

John walked on and saw his neighbour trying to fix his car. Suddenly, his neighbour threw his tools down in anger and shouted “If only I had paid attention in school!” John kept on walking. He was not feeling sick any longer but he had a lot on his mind. If he gave chocolates to everyone all the time, they would all feel sick. There was no way he could give lots of money to everyone because he did not have enough to give. People needed to go to school to learn things so that they could fix things.

Suddenly, John realized that he probably could not rule the world one day unless he did something nasty like the villains on television did. But he could not do anything like that, because he did not have a drop of evil in him. Finally, he decided that he still wanted to help people so he would one day become a teacher, doctor, or a nurse instead!