Bobby’s New Adventure With The Alien

This is a short story about the adventures a boy has with an alien. 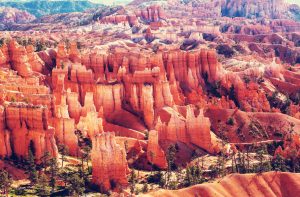 When Bobby’s parents woke up, they found their son sleeping peacefully on his bed. This was the first night that he had not tried to sneak into his parents’ bedroom because he was afraid to sleep alone at night. They were very proud of him and decided to reward him by preparing a special breakfast of pancakes with jam. This dish was Bobby’s favourite food when it came to breakfast. After he awoke, the boy ate his breakfast happily, although he felt a little bad for not telling his parents the truth about having an alien friend that had kept him company that night. The truth embarrassed him because he had to admit that he was still afraid of sleeping alone. So he did not say anything to his parents, but he thought about it all day.

When night came, Q the alien visited him again. Q had come in his spaceship-like the night before. This time, Q had planned not to travel anywhere on planet Earth, but to go to Frox, which was the planet that Q had come from. Bobby got on the spaceship. They took off quickly, since they were going to travel to outer space and since Frox is a very, very distant planet that would take some time to reach. Q told Bobby that his mom had heard him singing the night before.
“What did they say to you?” Bobby asked.

“They said that the sound I made with my voice was beautiful, they tried to learn to sing but it was very difficult for them.” replied Q.

“Q,” said Bobby, a little embarrassed, “Do they know that you do not sleep at night and instead travel to other planets?”

“No. I’m ashamed to tell you this, but I am too afraid to sleep alone in my room, so I travel between planets at night on my spaceship.” That left Bobby thoughtful. He wanted to tell his parents about his new friend but most likely they would not believe him. Either way, Bobby decided to stop thinking about it and to look at the new planet that he was about to land on instead. Frox appeared very similar to planet Earth, but the colours of things were very different. The trees were red, the sea was yellow, the sun was blue and the sky was yellow too. Frox was a very interesting planet because it had very different things from Earth. For example, all its inhabitants had huge heads. Their heads are the same size as their bodies. Bobby realized that Q was not that weird-looking. In addition, things there had other names, dogs were called “DQ,” cats were called “KT,” fish were called “FZ” and the sea was called “SI.” Everything had a different name!

Unlike Bobby, Q’s favourite place was the mountain. That was why the spaceship was heading to Mount BLC whose peak was the highest on the planet. Up there it was very cold, but they could see everything on Frox from there. Bobby was impressed because it looked very much like his planet, and he thought that he and Q were not so different after all. They were just two children who were afraid of sleeping alone and becoming big boys. The reason they could not sleep alone was that they were not in their parents’ room and they were afraid of being alone in the dark. But they knew that they should not be afraid because they were both brave children.

The previous day, they had travelled to the bottom of the ocean and now they were on the highest mountain on the planet Frox. Bobby knew that he had to find the courage to sleep alone at night and to be honest with his parents. He told Q, who agreed. But how would Bobby tell his parents that his friend was an alien, and how would Q tell his parents he was friends with a human being? Bobby had the idea of organizing a great barbecue. In Frox, there were no grills, so Q’s parents would love it. Once the problem was solved, they came down from the mountain and came back to the Earth. Q left Bobby in his room, promising to talk to his parents and return for the barbecue the next day. Thus ended another night where neither of the children slept in their own room. But the next day, both had decided that they would be honest with their parents.