Robbie Returns To The Zoo

A short story about Robbie visiting the zoo for a second time. 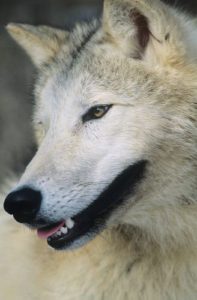 Having visited the zoo once before, Robbie found himself thinking about it more and more every day. Nowadays, instead of sitting on the sofa and watching television, Robbie would walk around the house imitating the animals he had seen at the zoo. “Roaaaar Roaaar,” said the boy, imitating the lion. He climbed the trees in the garden so that he could reach the taller leaves as the giraffes could, but of course, he didn’t eat them. When he looked at his house from above he felt very tall. He was no longer a small, short child, but a tall giraffe. He also began to listen to jazz music with his dad. The elephants liked jazz and were very funny. Robbie did think it was dangerous for someone so big to dance so much, someone could get trampled by accident!

“If an elephant falls, there may be an earthquake.” Robbie thought to himself.

As the child had liked the zoo so much, his parents decided to take him again so that he could meet the rest of the animals. When they entered, Robbie’s parents bought him some cotton candy. Then they brought Robbie around to say hello to the animals he already knew. When Robbie visited the giraffes, they were eating the highest leaves on the trees, as usual. The elephants were not playing jazz this time because they were taking a shower. Robbie was surprised that their trunks could be used as both trumpets and hoses. Then, when he approached the lion, he could see that there were other big cats that could roar just as well. This time there were two roars: the lion’s and the tiger’s.

“Roaaar” said the lion and “Roaaar” said the tiger. They sound almost similar, but not exactly. Tigers, like lions, are very big cats, but they do not like rock music. Instead, they like rap music. They are very similar to lions except for their distinctive colours and stripes. In addition to the two big cats, there was a wolf in the den. The wolf did not roar but howled a whole lot. The wolf was like a white dog but much bigger.

“Sir, why are you howling?” asked the boy.

“I’m tuning my voice,” the wolf replied, “because I’m the lead singer of the band. I also play the guitar; the lion plays the bass and the tiger plays the drums.”

“Very good, Sir,” Robbie told the wolf, “but why are you so white?”

“Oh because I’m old. Look at your dad, the hair on his head is also turning white. I was not so white when I was little.” As Robbie spent more time in the zoo, the happier he was to be there. He liked the animals because they seemed to be very kind, although he knew they could become dangerous if they were hungry. Robbie thought to himself that nearly everyone is kind if you speak to them with love and respect. Before Robbie left, the animals gave a concert so that the boy would never forget his time at the zoo.

“When the moon is out
The Wolf howls
And in the day
Lion and tiger roar loud
So loud you
can hear it in the clouds”
“Rock and roll!”

They finished their song. It was a nice song. Robbie realized that he loved animals very much. He just wanted to go to the zoo because there, he had more fun than anywhere else and it was more exciting than sitting in front of the television.