This is a short story about a boy chasing his dreams. 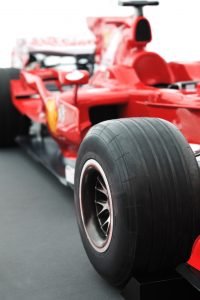 Tom’s favourite toys were his model cars. Red, blue, big and small, he liked them all. Even though he had a lot of fun with his bike, his skates and climbing up to the treehouse in his yard, he loved his toy cars more than anything else. He had many models of toy cars, all colours and types. He had modern sports models, old classic models, and some trucks and vans. He had a very big collection of toy cars in his room. When he played with them, he always imagined that he was driving them and that he was a famous race car driver. He pretended that the race announcers were always talking about him. “The audacious driver Tom takes the curve at full speed and he manages to overtake the rest of the cars. His beautiful black sports car with painted flames on the sides is the fastest of them all. He finishes in the first place! Broom, broom! Tom’s dream was to drive a real race car one day, not realizing that his dream was closer than he thought.

Tom’s father was an inventor. He knew that his son’s dream was to drive a racing car, so he dedicated himself to building a car for his son. It would be fast and professional-looking, but it would be miniature-sized so that his little boy could drive it. He spent many afternoons in the workshop assembling the engine, painting the body and putting everything together. After a while and a lot of effort from Dad, the result was a small red racing car. Dad always believed that the nicest racing cars were always red. When Tom saw the racing car for the first time he was very impressed and stood there with his eyes and mouth wide open. “Did you build it alone, Dad?” Tom asked without believing his eyes.

“Of course, with effort and dedication, everything can be achieved,” Dad said with great pride.

“Can you start the engine?” Tom asked excitedly.

“Of course, dear boy,” said Dad, starting the engine. The roar of the engine frightened Tom because he did not expect the sudden noise, but he immediately started to jump with joy anyway. Dad hugged him and kissed him, saying that he loved him.

“Go and try your car, but do not leave this street,” said Dad. Tom sat in the driver’s seat and carefully stepped on the accelerator. The car moved quickly so he got a little nervous and slowed down. Driving was harder than he thought, but that only made it more fun. During the whole afternoon, he learned how to drive, until he was able to drive up the full road and return without braking too hard or jerking the car. Dad saw him learn and was very proud of how fast he managed to pick up driving. When it was dinner time, Tom parked his new red car in the garage like a professional driver and got out of the car; his Dad picked him up in his arms and told him he had done very well.

“Can I be a racing driver someday?” Tom asked curiously.

“You can do whatever you want to do in this world,” Dad said, “I will not say it will always be easy, but if you try hard and never stop trying, then you will not fail!” Tom smiled, knowing in his heart that one day he would become a professional race car driver.