This story is about bullying in school. 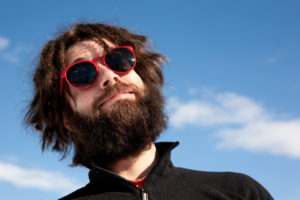 We often hear adults talk about how much they miss their childhood. They often tell stories about how they were free of obligations and problems and had toy cars and dolls to play with until they got tired. But what they usually talk about most is how much they miss school. Sara listened to similar things from her father. She sometimes got tired of the same daily routine and complained to her father about her school on the days when she really did not feel like going. Dad would carry Sara in his arms, sit her on his knee and begin to tell her one of his favourite stories.

Of all these favourite stories, there was one that Sara loved to listen to very much. This was the story of how her dad and Uncle Hank met in kindergarten.

“When I was your age, my little Sara,” Dad began to explain, “I was a very shy child who hated going to school! Not because I did not like to learn—in fact, I loved learning new things—but it was just that I did not have friends, and the rest of the children mocked me because I was very quiet.”

“I was a very lonely child,” Dad said, “until one day a new child came to school. Everyone talked about him because he was a foreigner and said that his hair had the colour of a carrot. In addition, he played football in the team where most of the important children in the city played, so everyone was eager to meet that kid.”

“And what happened when he arrived?” Sara asked excitedly.

“Well, it turns out that he was in my classroom,” said Dad laughing, “but he paid no attention to me, instead he got together with the group of children who made fun of me.”

“He did not know anything,” Dad said raising his eyebrows, “the bad kids forgot about me for a while; the excitement of having such a good athlete in the class was very big and I remember that I greatly appreciated it. But time passed and when everything calmed down, they messed with me again.”

“I hate bullies,” Sara said crossing her arms “if I could travel to the past I would tell the teacher to scold them!”

“I know that you would, because you are a fair girl,” Dad said while giving her a kiss on the forehead. “Uncle Hank was very fair too when he discovered that the children did not stop making fun of me because I was too quiet; I remember that he climbed up on a desk and started to shout things.”

“He told them that they were bad kids and that he was not going to be their friends anymore,” Dad said, “then he got off the table, put his arm around my shoulders like a good friend, and told me that those kids were not going to bother me anymore because from then on, he would be taking care of me.” Sara clapped her hands excitedly and began to laugh, while her dad nodded several times and smiled fondly. “After that day they never bothered me again, not even at the university which Uncle Hank and I went to together,” Dad remembered. “Hank protected me like an older brother and that’s why he’s your uncle because he like family.”

“That is the most beautiful story in the world,” said Sara, as she hugged her dad.

“That’s why you should never miss school,” said Dad, “I found my best friend there and discovered many things; missing a day can mean you miss an incredible experience. Although sometimes the routine gets boring, the things that you learn in school are magical; do not ever forget that.” With a kiss and a hug, Dad took Sara from his lap and helped her carry her backpack to the door, where Uncle Hank always arrived in his car and greeted her with love.

“There’s my favourite niece!” Sara ran to Uncle Hank’s car and jumped in so he could take her to school, as he did every day. Sara would sit in the car and think about the short story her father had just told her and look at Uncle Hank, imagining him taking care of her father. This would make her smile happily all the way to school!