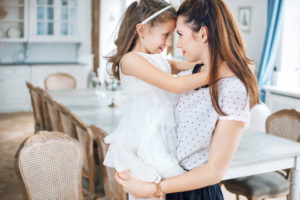 Emily’s daily morning routine was to get up early, brush her teeth, take a shower, have her breakfast then go to school. Well, on this particular day she did not get up early because her alarm clock had not gone off on time. Emily was surprised because her mother had not come to wake her up either. The sun came out and its soft rays lit Emily’s face. The light that had filtered through the window was what woke her that day. Emily shuffled out of bed wondering what was going on.

Every morning Emily would do the same set of activities. She would start the day by going to the bathroom to wash her face and brush her teeth. Then she would take a shower so that she would be clean. Then she would go back again to her room, get dressed and go to the kitchen where her mother would be waiting with breakfast already laid out on the table. Emily would eat her delicious breakfast and then go to school in her mother’s car. When she got up, she set about her usual routine. Everything seemed normal but when she went down to the kitchen, she realized that something was wrong. She waited 10 minutes for her mother to come to the kitchen and prepare breakfast but nobody came. Since Mom was not there, there was no breakfast and Emily was getting very hungry.

“Where could Mom be?” Emily thought to herself. But she was so hungry that she decided to make some toast with scrambled eggs by herself instead of waiting for her mother to turn up. But it was not as easy as she thought, and when she tried to break the eggs and put them into the pan, she broke them completely and messed up her hands with sticky raw eggs. It felt so disgusting she wanted to cry. That was not all; the toast burned in the toaster because she did not know how long to leave it in. When she took it out of the toaster, it was as black as coal. She could not eat the bread or the eggs, and she had made a mess in the kitchen. She thought about how to solve her breakfast problem as she grew hungrier with each passing minute. Then she had an idea: cereal! That was an easy thing to make and it would be a delicious breakfast. So she opened a cereal box, but when she was about to pour the milk, she realized that it was sour. It had almost become curd cheese. She could not eat that, and it smelled very bad.

Breakfast did not turn out well and Emily was really hungry, but when she saw the mess she had made in the kitchen, she knew her mother would be angry so she tried to clean up the mess. But instead of cleaning, she spread the egg and the curd cheese all over the kitchen table. Now the whole kitchen had a very bad smell. At that point, Emily knew that she could not fix the mess or make breakfast, so began to cry. Then, someone came into the kitchen.

“Emily, honey, what’s wrong?” her mother asked, scratching her eyes. “Mom, you were not here and I tried to make breakfast, but everything went wrong. I do not know how to make breakfast, Mom, I also thought you were gone and I was scared!” the girl said through tears.

“Oh honey, I was here all this time. I was sleeping because today is Saturday and we do not need to get up early to go to school, we can rest on Saturdays,” said her mother. Emily felt a little silly for not remembering what day it was and for having made such a big mess. But her mother, who was a very patient woman, helped her clean up while teaching her how to do it properly. After the kitchen was clean, she taught Emily how to break eggs to make them scrambled. She also showed Emily how long the toast should be in the toaster and taught her that she should always check the expiration date of the milk before opening the bottle. Emily was so grateful to her mother for not scolding her that the next day, which was Sunday—which was a day off too—she prepared a delicious breakfast for her mother. Her mother ate happily because she knew that she had a very good daughter. People have to be taught because nobody is born knowing everything. With love and patience, we can all learn to be much better at the things we do.