The Grateful Lion & The Humble Hamster

A short story about the friendship between a hamster and a lion. 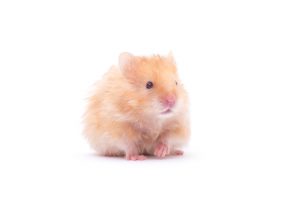 Jeffery the lion was the mighty ruler of Lancelot forest. Every afternoon, he took a nap in the shade of the oldest and tallest tree in the forest. All the animals in the forest knew that they had to avoid that part of the forest when King Jeffery was taking a nap because he hated to be awakened. Unfortunately, King Jeffery was a very light sleeper, so even the slight rustle of dead leaves would awaken him.

James, the little hamster, was new to the forest. He did not have any friends in the forest so no one told him to avoid going near the tree when Jeffery was sleeping. In fact, James did not even know who the king of the forest was. By sheer luck, James did not go near the tree for several weeks. But his luck would soon run out, and one cloudy Saturday morning, James arrived at the foot of the tree. He immediately saw the lion sleeping there. It was the perfect weather for a nap, and the lion seemed to be sleeping very soundly. James thought to himself that a huge and magnificent animal like a lion would not be bothered by small noises so he did not take particular care to stay quiet. James explored the base of the tree. King Jeffery had always kept the place neat and tidy because he did not like mosquitoes disturbing his peace. James was marvelling at how clean the place was, right in the middle of a forest! As the weather was extremely comfortable, James could not help but feel sleepy, so he decided to lie down. He lay down several feet away from the slumbering lion and closed his eyes. Just before he fell asleep, he let out a long and loud yawn. The next thing he knew, King Jeffery was roaring in anger.

“Who disturbed my sleep?” It did not take long for King Jeffery to see James the hamster and within a second he pounced on him and pinned his tail. James was groggy from sleep and terrified with fear at the same time so he simply froze where he was. King Jeffery raised a paw to strike at James. The huge muscular lion would surely kill the tiny hamster with a single swing. Just in time, James managed to find his voice and pleaded for his life. “Please Sir, let me be. I am new here. I have no friends. I did not know that I needed to avoid this place. I am tiny and fragile. I am too small even to be a snack for you. Please have some mercy!” King Jeffery still had his paw raised and was ready to strike. But then he thought to himself: “This hamster is trembling with fear and he is right, he is too small to make even a snack for me. There is no reason to kill him at all.” King Jeffery quickly calmed himself down and lowered his paw. He was still mighty furious, so he roared at the hamster to leave the place and never disturb his sleep again. James was extremely grateful and scurried away into the bushes.

Several weeks later, James found himself exploring a new part of the forest. Suddenly, he heard a faint sound. It sounded like someone calling for help. But the sound was very muffled. James was a helpful hamster, and even though he was small, there were many things he could do, so he scurried around the forest floor looking for the source of the sound. Eventually, he came to a small clearing and there King Jeffery lay. But this time he was not sleeping. Instead, his legs had been tied up and his mouth had been tied closed as well. James ran over to the lion and without fearing for his life, he bit through the rope on the lion’s mouth. When the ropes dropped, Jeffery brandished his razor-sharp teeth menacingly, then he bit off the rope on his legs and freed himself. Jeffery looked at James and said “Some hunters shot me with a tranquillizer dart and then tied me up when I was asleep. I think they want to take me to a zoo! Thank you for freeing me.” James told the lion: “Please do not thank me, I am only doing what is right and helping a friend in need.” King Jeffery smiled and said that he was glad that he had not vented his anger on the hamster when he had disturbed his sleep. Then he asked James to quickly run away to safety because the hunters would return soon.

Both King Jeffery and James the hamster left the place in a hurry. From that day, King Jeffery would greet James like an old friend whenever they bumped into each other in the forest. The other animals were amazed that this little hamster was a buddy of the king himself. They all wanted to meet the brave little hamster that had saved their king from the hunters so they invited him to parties to hear his tale. James soon made many friends in the forest and lived there happily for many years.