This is a short story about a brave little boy named Jack. 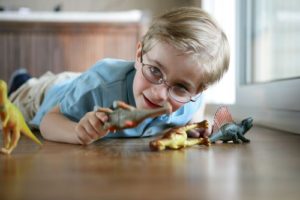 Without a doubt the school is a wonderful place. It’s full of corridors that sometimes look like race tracks, and there are many friends everywhere. This makes break time much better because everyone can get together and can play hide and seek or the traps, or just about anything fun you can imagine! However, school can also be a difficult place. There are times when some children can be bad to other children, especially because they do not think about how other children might feel.

This is a short story about Jack, a seven-year-old boy who had big and bright blue eyes, but who had to wear big glasses to be able to see things better. This is why some of his classmates laughed and called him names such as “four-eyes.” This made Jack feel very sad at times and although he loved school, those bad children made him want to stay at home on some days, where he knew his mom would spoil him and cover him with kisses. But Jack was a brave boy and he never missed classes; he was not ashamed of his glasses, which his dad had chosen for him. He just did not want to hear bad kids laugh at him.

One day, Miss Margaret set up a very special class. All the children had to write a poem! After practising poem writing for many days and writing their own poems, everyone was ready to read theirs. The first in line to read was John, Jack’s best friend. He read a poem about his dog, Bob, and how funny he was when he wagged his tail and ran after balls.

“Very well,” said Miss Margaret when she heard the poem, “it’s a very beautiful poem, right? Bob sounds like a playful puppy.” The children all agreed and began to get impatient because everyone had great poems to recite, for example, Ana had written about how funny it seemed to her that Daddy sometimes slipped away in the night to eat the delicious cookies that Mama had made day before. Violetta had written a poem about how much she loved her grandmother, and Carl had written about how excited he had felt the day that his Mom and Dad gave him a bicycle for his birthday. Just like that, one by one the children went by, until it was Jack’s turn, but he was very nervous to read aloud what he had written.

“It’s Jack’s turn,” said Miss Margaret, “come to the front and read your poem, please.” Jack took a deep breath and walked to the front of the room, with his poem in hand. In a corner, the other children laughed softly at his glasses, but that did not stop him.

“Although my eyes are pretty and blue,
It does not seem to matter to you,
It makes me sad,
That you are so bad,
Laughing at my glasses,
Every day in the classes,
I just want you to know it’s not fair to me,
But if you can see,
What you do to me,
It´s not how it’s supposed to be
We can play happily.”

Everyone was so impressed that they began to clap their hands, the teacher did not stop congratulating Jack for that beautiful poem. That afternoon, when it was time for the break, the children who always laughed at him approached him to apologize, and as Jack was not spiteful, he accepted the apology and started playing with them. This little story has a happy ending after all!