This is a short story about a boy’s love for cats. 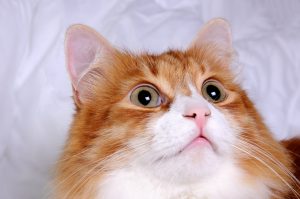 When it comes to short stories, there are many that we can tell. One of our favourite ones is about Cody, the boy who loved cats but could not have one. Cody was a boy like any other; he enjoyed playing with his friends on the slide, he had fun walking in the park with his parents, and he liked cats a lot. In the city, there were few cats, which is why Cody got excited every time he saw one. They seemed very playful and pretty. What Cody most wanted in the world was a kitten, no matter what colour it was or how big or how fluffy, he just wanted one. But for some strange reason, Cody could not remember ever being allowed to play with a cat. In fact, he could not even remember ever touching one. He was only allowed to look at them from a distance.

He remembered an incident that happened once in the park, while he was walking with mom and dad when he saw a girl his age playing with a little kitten. She was sitting on the grass and the cat was resting on her legs while she sang: “Mr. Whiskers is so silly, he has a big belly, likes to eat milk and fish, but he does not like to wash his dish” That day, Cody told his parents “Mom, Dad, I want a kitten please.” But his parents did not say a thing, which saddened Cody, who decided that he would not mention anything about a pet again. What the boy did not know, what that the fur of cats caused him to have an allergic reaction.

He could not remember playing with cats, because he was too young to remember the first and only time he was ever allowed to play with one. That happened one time when they visited his aunt, Anabelle, his mother’s sister. Aunt Anabelle had a huge cat, almost as big as Cody; his name was Blue, because his eyes were as blue as the sky. The cat was a big guy, who walked around the house as a king walks through his castle. He liked to drink milk for breakfast, eat salmon for lunch and have milk with salmon for dinner. He slept with his belly full, snoring as loudly as a person. Though he was a big cat, every time he saw an insect or a lizard, he got scared. Once while he was walking around the house, he found a mouse. The mouse stared at him and this frightened him so much that he could not avoid running back to Aunt Anabelle.

Aunt Anabelle loved Blue and so did Cody. But when Cody took him in his arms, something very strange happened. His whole body itched and his hands turned red. In extreme discomfort, he closed his eyes. He forgot what happened next. He nearly fainted from the pain and had to be rushed to a hospital! When he came to, he could not remember that he was allergic to cats. His parents, knowing that he could not play with cats, decided to surprise him: So one Monday, Dad came home at night after working while Cody played with his toys in the living room. Dad approached him and said: “Son, I have a gift for you.” Behind him, hidden, he had a small puppy. He placed him next to Cody and he, without hesitation, approached the child to play with him. He was white, with black spots and he liked to play as much as Cody, so the boy was never sad again, because he had a good friend who accompanied him everywhere. Cody later understood that he was allergic to cats but he did not feel sad. He also understood that he did not want a cat, he just wanted a friend to play with, and his new friend, whom he called Dots, loved to play. So this little story has a happy ending after all!