An original short story about a girl who learns how to cycle. 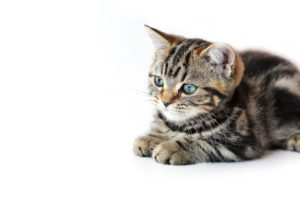 Some things are never forgotten. It is hard to forget when you first discovered your favourite ice cream flavour is, or when you ate a delicious hamburger with french fries for the very first time. Can you remember going to watch your favourite movie at the cinema? How about your very first day in school? Well, there are many such events in life that are never forgotten. One that I will never forget is when I learned how to ride a bicycle for the first time. I’m sure you have not forgotten that experience either! But for many children, learning how to ride a bicycle is difficult. Sarah is one such child.

Sarah was a girl with long brown braids and freckles on her cheeks. The little girl loved animals very much. She had many kittens in her house because every time she found one on the street, she would carry him or her in her arms back home. Once inside, the little girl would clean the cat with a damp cloth and gave him warm milk through a bottle. She liked taking care of the kittens. Because she was a very good girl, her parents allowed her to have them at home. When the kittens were strong and big enough, Sarah and her mother would find a new family for the little animals.

Little Sarah thought of learning to ride a bike one day while walking through a beautiful city park. The surrounding trees were very tall and large, so much so that they seemed to make a roof with their green leaves, protecting Sarah from the sun. While Sarah walked, she saw a girl a little older than her. This girl was riding a bicycle. What caught Sarah’s attention was that the bicycle had a basket on the handlebar. Inside the basket, the girl was carrying a puppy, which seemed really happy to be there. That gave Sarah the idea of learning to ride a bicycle so she could rescue homeless puppies as well as kittens. But it was a difficult task; balancing on two wheels was not a simple feat. She was afraid of falling down and getting hurt. But she already had a pink bicycle at home, so she decided to give it a shot anyway.

When Sarah first tried to learn to ride her pink bike, she could not do it. Her parents tried to teach her, but she could not do it. Nobody knew why Sarah found it so difficult to learn how to ride a bike. She had been practising hard with the training wheels but something always stood in the way when she tried cycling without them on. Neither she nor her parents knew what it was. Meanwhile, Sarah continued with her rescue and animal care activities. She also kept taking those walks in the park, looking at the trees and flowers. One day, on one of those walks, she encountered the same girl—the one she had seen riding a bicycle the first time. The girl passed near Sarah and the little one did not hesitate to ask her what her secret was to learn how to cycle.

“You just must not be afraid. The rest will come by itself. If you are not afraid, you just have to pedal and you will eventually get it!”

Upon returning home, Sarah tried once more. She told herself: “I must not be afraid; if I am afraid I will not make it.” So she got on the bike and pedalled with all her strength. Unwittingly she closed her eyes, but when she opened them again, the girl realized that she had made it, she was riding the bike on her own, without training wheels! This was how Sarah learned to ride a bicycle—all she had to do was not be afraid. After learning this, she was able to rescue many kittens and puppies, ferrying them home in the basket on her pink bicycle. The animals were very happy to sit in the basket and enjoy the breeze, and the little girl was happy to see them enjoying themselves.