This story is about being brave enough, to tell the truth. 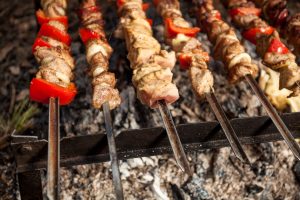 Sometimes it is difficult for us to tell the truth to our parents. It is usually easier to hide from the truth when we have done something wrong, but it is during times like this when we must be brave. Telling the truth to your parents is very important because they are the ones who love you the most in the world and they will always understand you. Bobby did not know this yet.

The boy loved his parents very much but he was afraid that they would get upset with him if they found out that he had not been brave enough to sleep in his room by himself. On the other hand, telling his parents about all of his adventures with Q, his alien friend, would not be simple either. Not all young children travel to other planets. But that morning, during breakfast, Bobby forced himself to be brave and he spoke to his parents. “Mom, Dad, I must confess something,” Bobby said.

“You know that you can always trust us, you can tell us anything,” Mom said. This made Bobby cry because he realized that there never was a reason to lie to his parents because they would always understand him.

“I did not act like a big boy and sleep alone at night,” said Bobby through his tears, “I have been up all night playing with my new friend because I was embarrassed to confess that I’m not brave enough.”

Bobby knew they would not believe that his friend was an alien from the planet Frox, so he simply told them that he had invited him to a barbecue that day. That was exciting for his parents since they both loved having a barbecue and making new friends. So they started working on the meat, the fire and everything else so that when the guests arrived they would find delicious dishes. But Bobby’s parents never imagined that the guests would not arrive by car, but by spaceship. But it was not Q’s little ship, it was an immense spaceship as big as a house. Three aliens came down from it: Q and his parents. Q’s parents were as tall as Bobby’s parents but with huge heads the same size as their bodies. Bobby’s parents could not believe it. But they were very kind people so they greeted the visitors and welcomed them. Q said he had also been afraid to talk to his parents at first, but in the end, everything had gone well. That day they ate delicious grilled meat and played games. Q’s parents learned how to sing and everyone had a lot of fun. But the most important thing was that in the end, the two children had supported each other, giving themselves the courage, to be honest, and tell the truth to their parents.