This story is part 3 of a series. 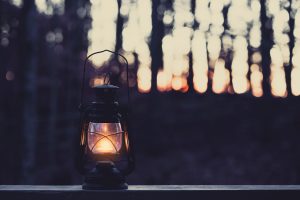 On the second day of the blackout, the children did not meet. This time, everyone stayed at home with their parents. The children were lucky to have great parents who invented games to make the night less frightening. The second day was full of stories. All of them are worth mentioning, so we will tell them one by one.

First, we will talk about Julio Ramirez, a child who likes music and sports. During the day, the local school did not open, so children stayed at home with their parents. Most of the children stayed home to watch television, play with tablets, computers or any other electronic device they could get their hands on. But because of the blackout, they now had to find new ways to have fun. In the case of Julio, his father, Mr. Ramírez, who also enjoys sports, started a soccer championship in his backyard. While the boy and his dad played during the day, Julio’s mother, Mrs Ramírez acted as a cheerleader for both of them. However, she was not really acting, as she was really cheering them both on because she loved them both very much.

Father and son both played until they were so tired that they could not get up. As a result, the championship match ends in a draw. Just when they stop playing, the sun begins to set, so little Julio begins to feel afraid. But his father is smart and makes a small bonfire in the garden so that instead of being in a house lit by candles, they could all be outside. Julio, like the rest of the children, fears the darkness. “Oh my son, you must not fear,” says his father when he realizes that Julio is scared “In older times, people did not have electricity. They lit up their nights with candles. We have become accustomed to the fact that everything is always illuminated by artificial light, but we do not realize how beautiful the night can be.” Julio’s dad is a poetic person. Julio always listens to him with special attention. “You can only see the moon and the stars at night, and these can be very beautiful.” His father then went into the house to look for his guitar.

Julio’s father is a musician, and he has taught Julio to play the drums. “In my home country, blackouts happen very often. When I was your age, I also feared the nights. But my father always sang us a nice song with the guitar. This song is in Spanish, but I will try to sing it in English for you…” Mr. Ramírez takes the guitar and starts playing a beautiful melody. Julio and his mother, Mrs. Ramírez, listen to him.

After finishing the song, Julio and his mother clap their hands. “Did you see that, son? You do not have to be afraid. The moon will always be in the sky illuminating us!” his father says happily.