This story is about a little girl who moves to a new country with her parents. 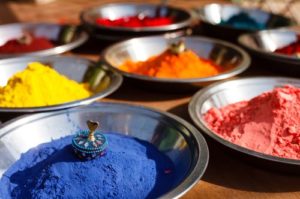 Jane was happy because her mother had just got a new job. She had been talking about it for the past several weeks and the excitement was building up. This was going to be a big deal because the company she was going to work for was located in another country. Jane, her father and her mother were all going to move to this new country, called India. Jane’s mother had to start working within a few weeks, so the family decided to move there as soon as possible. They would be living in a city called Bangalore for the next two years. Her mother’s new employer had found them a house to stay in, so all they had to do was make arrangements at home, pack their bags and get on a plane to India. It was all very exciting for Jane.

When the day to get on the plane arrived, Jane suddenly felt very sad. She had been so excited that she did not realize how much she was going to miss home, school and her friends. She found it strange that she never felt like going to school in the mornings, but was sad that now she did not have to go anymore! Jane started to cry until her parents comforted her telling her that they were only going to be away for two short years, after which they would return to their same old house and she could meet all her friends again. Jane still felt really sad but she held back her tears and focused on the adventure that lay ahead.

The flight to India took very long so Jane soon fell asleep. When she awoke and looked out of the window of the aeroplane, she was very pleasantly surprised. They were about to land so they were flying very low and Jane could see the new country she was about to live in. It was very different from her own home. Through the window of the plane, she could see mountains and rivers. She could also see the towns where people were staying. Some towns were very quiet, while others seemed to be bursting with activity. She spent a lot of time looking out of the window before the pilot finally announced that they were about to land. After the plane landed, Jane and her family collected their baggage at the airport, cleared customs and got into a taxi to their new home.

The first thing that Jane noticed was that the people in India looked very different from the people she knew in her own town. They were very friendly towards her and would smile at her or say hello, although they were speaking in a language she did not understand. In fact, she would soon learn that many languages are spoken in Bangalore, including English! The ride in the taxi took about an hour. Jane noticed that the roads in Bangalore were different from the roads in her own country. Some stretches of road had no markings and no signs, but everybody seemed to know exactly what the traffic rules were. There were many people sounding the horns of their vehicles. Jane also saw many three-wheel vehicles that the taxi driver referred to as “autos.” Jane’s father explained to her that “auto” was short for “auto-rickshaw,” which meant automatic rickshaw. Jane found this very amusing. She wondered why there weren’t any autos in her own town.

Jane’s father asked her mother if she intended to drive to work and Jane’s mother said, “I am not confident enough to drive here!” They finally reached their new home, which was an apartment in a high rise block of flats. They were met at the lobby by a man who introduced himself to Jane’s parents and brought them up to the house. Jane was surprised that the man spoke very fluently in English. The man told Jane that most people in Bangalore speak English very well and that English is taught in schools. This made Jane feel happy because that meant she would be able to speak to her new classmates in school easily and make new friends. The man also told her that in a few days’ time they were going to celebrate a festival called Holi, where everybody would be throwing coloured powder at everybody else. Jane couldn’t wait! Just before bedtime that night, her parents gave her some good news: In this new apartment, she would get her very own room! She was jumping with excitement.

That night, Jane went to sleep thinking about all the new friends she was going to make in school the next day, all the new places she was going to visit in Bangalore over the next two years, and all the new types of food she was going to be able to eat in this exciting new city. She also heard from her parents that they would be travelling around India to see all sorts of new things that they had read about in travel magazines. India was truly a colourful and magical country, and Jane was glad that her mother had found a job there.