A short story about a child being visited by his friends from the zoo. 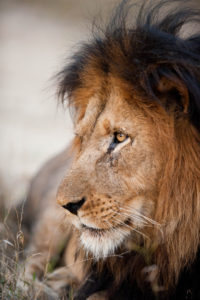 Robbie had visited the zoo twice during his holidays and had some stories about the place that he enjoyed telling his friends about. But many of his friends did not believe his stories.

“You are a liar,” the other children told him.

“I am not telling lies. I’m a friend of the lion, the tiger, the wolf, the elephants and the giraffes. I met them at the zoo. I went with my parents, I even ate cotton candy” Robbie said.

Eventually, everybody forgot about Robbie’s stories about the zoo and stopped making fun of him and calling him a liar. Several weeks went by until one day, unexpected visitors appeared in the child’s class. On that day, the students in the class were told to draw something that meant a lot to them. So of course Robbie wanted to draw the animal shows he had seen at the zoo, where elephants were trumpeting songs and where the lion, tiger, and wolf were roaring in a band. The boy wanted the drawing to look very nice. But something distracted him. Unexpected visitors had gathered at the front of the class. They walked like people, but they were not people. They were very hairy and they had tails. They were also as small as children, but they were not children. Not at all.

“Hello! We are the monkeys. We live in the zoo and today we came to make a very special visit to a very special child.” said the tallest of the monkeys. He spoke excellent English! Robbie had listened to the monkeys talking when he had visited the zoo, but at that time they had not spoken in a language he understood.

“Well. This surprise that we have come to give today is for a very special child to have fun. We know that this boy likes rock music a lot, so we will play a song,” said the tallest monkey. Guitars, drums and basses appeared out of nowhere. When the first note rang, an incredibly loud noise was also heard: “ROOOAAAR!”

“No way!” Robbie thought to himself. But he soon realized that what he was thinking about was true, as all the animals with their instruments entered through the door of his classroom. Even the elephants with their trumpets somehow managed to squeeze in. They all went in and began to sing for Robbie the song they had written for him.

“Robbie, please
Don´t be bored again
Never, never, never forget
That we are your friends
Animals and humans are alike
So we can be friends and never say goodbye”

Robbie’s friends were impressed. They had never expected the stories Robbie told about the zoo to be real. Truly the lion had a lot of hair, the elephants danced in spite of being so big, the wolf was white like the head of an old man, and the monkeys were like humans—only more furry and small with tails.
“Animals and humans are alike
So we can be friends and never say goodbye”
The song was sung even by the teacher. From that day on, the other children never again called Robbie a liar because they believed everything he said about the animals in the zoo.