The Story Behind Karl’s Scar

This is a short story about a little child’s bravery. 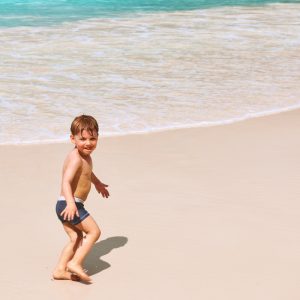 Little Karl had just moved to a new city. His neighbours were very friendly and there were many big parks near his new home. It was an exciting time for the little child, who loved making new friends. When Karl went to school, many of the children were interested to meet the new boy with curly black hair and dark brown eyes. Although Karl spoke with an accent that was not familiar to them, they still understood him.

Karl was from Singapore, and his new home was in California, which was halfway across the world. Karl’s father was a web designer and had just been offered a job in Los Angeles, which was a city in the state of California. The houses and buildings in Singapore were very different from the houses and buildings in Los Angeles! Yet Karl was amazed that even halfway across the world, there were so many people speaking in English and that they could understand him and that he could understand them. He could not wait to go to school and make even more new friends!

In school, Karl was made to feel very welcome and at home. The other students were very friendly and nobody tried to bully Karl, even though he looked different in some ways. His school teacher always reminded all the kids to respect each other despite their differences. One day, the teacher said to the class: “Tomorrow, we are all going to the beach to spend the day out in the sun!” The whole class was thrilled! Karl was excited! He did not even know there was a beach nearby. Of course, he had been to many beaches in Singapore, since the country was an island state, but he had heard that the beaches in California were bigger, with blue water, and not so crowded. He was very excited.

The next day, Karl waited impatiently for the bus to pick them up from school. He had brought a change of clothes and shoes. He was ready to play on the beach with all his friends. They were going to teach him how to play a game called volleyball. On the beach, the teacher took out a big bottle of sunscreen and told all the children to put the lotion on themselves. This was surprising to Karl since he never used sunscreen when he was in Singapore, although the sun was very hot there all the time. The teacher explained to the students that the sunscreen would protect their skin from the harmful rays of the sun. Most of the boys in the class took their shirts off to apply the sunscreen and Karl’s friends asked him to do the same. One of his best friends in the class said to him: “It is better to put this lotion on everywhere on your body, even if you want to keep your shirt on all the time. Anyway, we are at the beach where many people are walking around without their shirts on so there is nothing to be shy about.” Karl thought that it was a good idea and took his shirt off to put some lotion on. Suddenly, one of the kids stared at Karl’s back and said “Ewwwww! Karl has many dirty scars on his back!” All the children in the class turned to look, and Karl felt very shy and embarrassed. The teacher noticed what was going on and told the class not to be rude. She was very concerned when she saw the scars on Karl’s back.

“How come you have such bad scars on your back Karl? Are you ok? Do they hurt?” she asked out of concern. Karl sheepishly said: “I have scars on my back because a year ago when I was smaller, I lost control of my bicycle while I was going down a slope. I fell off at high speed and landed on my back. But there were sharp stones on the ground and they scratched me very badly. The doctor says most of these scars will disappear as I grow older. But none of them hurt now, I can still play on the beach!” Karl was afraid that his teacher would ask him to stop playing because of his scars.

“Well then, you are a brave little boy. There is nothing to be embarrassed about and don’t you worry, I am not going to stop you from playing,” said the teacher. The rest of the students had heard Karl’s story about his cycling accident. They were amazed that he had healed so quickly and that he was not afraid of cycling or doing other physical activities despite being injured so badly in the past. They all thought he was a brave little boy too. The boy who had said mean things about his scars shyly walked up to Karl and apologized. Karl was a kind-hearted boy so he told the boy not to worry about it; they were still friends. Eventually, as Karl grew older his scars did disappear. But he never forgot how well his classmates and teacher treated him that day, nor did he ever forget all the fun he had at the beach!