Robbie Goes To The Zoo

This is a short story about Robbie’s first visit to the zoo. 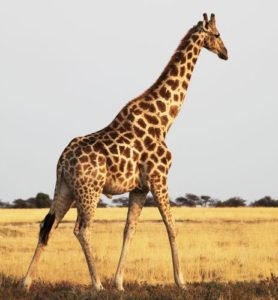 One Saturday morning Robbie found himself feeling very bored at home. Since he had nothing to do, he spent a lot of time sitting on the couch watching television. When his father noticed that Robbie was feeling bored, he decided to do something to make him happy. Robbie’s father, Robert went to talk to his wife, Norah—Robbie’s mom. “My dear, what can we do to raise the spirits of Robbie? Look at him sitting there on the sofa, he is very bored!” said Robert.

“Mmm, we visited the mountain last week and the beach the week before that. What if we go to the zoo today?” asked Norah.

“I think it’s a good idea, honey!” said Robert. But instead of telling Robbie where they were going, they simply told him they were going for a walk. Mom and Dad wanted the visit to the zoo to be a surprise for Robbie.

“Mom, Dad, where are we going?” Robbie asked from the back seat of the car.

“It’s a surprise” his parents replied in unison. When they finally arrived at the zoo, Robbie was not very excited because he did not know much about animals. Since he did not know about them, he could not know what incredible adventures awaited him. But upon entering, he noticed that many other children were going from one enclosure to another, smiling and laughing. All these children were happy to be at the zoo. They were playing with each other and pointing out the animals. “Look at the lions!” “Look at the elephants!” “Look at the giraffes!”

Robbie’s parents decided to take him to meet the animals which were the most popular first. They decided to start with the giraffe. When approaching the giraffe enclosure, Robbie was afraid because the giraffe was a very tall animal. But when the giraffe saw the boy, she tilted her neck towards him to say hi. “Hello child, how are you?” asked the giraffe.

“Hi, Madam. Excuse me, what animal are you?”

“Oh, I’m a giraffe. Look at me, all giraffes are like this. We have very long necks, spots and we like to eat the leaves that are in the highest part of the trees.”

“Why?” Robbie wanted to know.

“Oh, because they are the most delicious.”

Then they approached the elephants. But it was difficult to talk to them since they were giving a concert with their trunks. It sounded like they were playing trumpets.

“My dear elephants, what kind of music are you playing?” Robbie asked as he approached them.

“This is called jazz,” said one of the elephants, “Listen to how it sounds.” The elephant’s trunk sounded like a trumpet. The song they were playing was very pleasant and Robbie was surprised to see his father dancing to the music. “Dad, why are you dancing?” asked the boy.

“I really like the song,” his father replied. Robbie did not like elephants very much, they were very big and they liked parties too much. He preferred the giraffe, who was much calmer and quieter. Finally, they approached the lion.

“Roar Roaaaar!” shouted the lion “Roar Roaaar!” What children do not know is that lions are cats that have grown a lot. They seem to be very fierce, but if you give them warm milk, they can sometimes become as tender as a cat.

“Hello, Sir. Why do you have so much hair around your head?” Robbie asked.

“It’s because I like rock music. Sometimes I play the guitar. But today it is the turn of the elephants to make music with their trumpets.”

“Well, then you can come another day and I’ll give you a concert with my band. The wolf, the tiger and myself are in my band.”

“What is a wolf and a tiger?” asked Robbie curiously.

“Come another day and you will find out,” said the lion. The boy promised to return to the zoo. Although Robbie did not like animals very much, he did find them to be very interesting. Animals are different from humans but they also know how to have fun. The giraffes like to eat leaves that are higher up on trees, just like children like to eat ice cream. Elephants like to have fun playing music, just as children like to have fun dancing. And the lion likes to lie around all day watching people, just like children who sit on the couch all day watching television. The more Robbie thought about it, the more he felt like he would like to return to the zoo again.