The Child Who Refused To Eat Vegetables

A short story about a child who hates eating her vegetables. 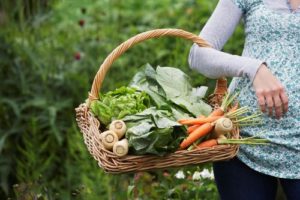 Like many children all over the world, little Jane always refused to eat her vegetables. But unlike many other children who eventually do eat vegetables after their parents insist on them doing so – little Jane would stubbornly refuse to do so regardless of what her mother and father said to her.

Like many children all over the world, little Jane always refused to eat her vegetables. But unlike many other children, who eventually do eat vegetables after their parents insist, little Jane would stubbornly refuse to do so regardless of what her mother and father said to her. This gave her parents a lot of concern because they knew that without vegetables, little Jane’s diet would be very unhealthy. They wanted the best for her so they worried about every little thing. They tried to ask Jane’s school teacher for help, but her school teacher said that she, too, had tried her best to persuade her, but she failed every time.
Little Jane’s parents were at their wit’s end.

One day, Jane’s grandmother came to visit. She was a happy and pleasant lady who knew a lot of things about the world and about little children. She watched Jane having her lunch and noticed that she was leaving her vegetables untouched.

“Don’t you like your veggies?” asked Jane’s grandmother sweetly.

“No, I really don’t, grandma. They taste funny!” replied Jane.

“Are you sure they taste funny? How do you know what they taste like if you haven’t tried them? I cooked them today you know, please try some for my sake,” said Jane’s grandmother.

“I have eaten vegetables before, grandma. That’s why I know they taste funny. I really don’t want to eat them, grandma, please don’t ask me to,” said Jane with a sad face.

“Errmmm, yes I have grandma. We once ate at a restaurant that served really bad fried chicken,” said Jane.

“Well, that did not stop you from eating fried chicken ever again did it?” asked Jane’s grandmother.

“Well, it’s exactly the same thing going on here little sweetie,” said Jane’s grandmother, “Maybe that one time you ate vegetables, they weren’t very good. So that should not stop you from trying them ever again, should it?” Little Jane was stubborn. But she was also a reasonable and intelligent child. Her grandmother’s words made sense to her. So she thought about it long and hard and said “Ok, grandma let me try the veggies you cooked.” Grandma was very happy to hear those words. Jane picked up some vegetables and put them in her mouth. The taste of these vegetables was very different from the vegetables she had eaten the first time, which was a long time ago. She found this dish to be actually quite delicious! She picked up the rest of the vegetables that were on her plate and gobbled them up.

“Don’t forget to chew!” said Jane’s grandmother with a chuckle. From that day on, Jane always tried everything on her plate before she decided whether she liked the food or not. In fact, she found that sometimes she preferred the vegetables on her plate more than anything else!