The Little Pig Who Wanted To Fly

A magical short story about a little pig that wanted to fly. 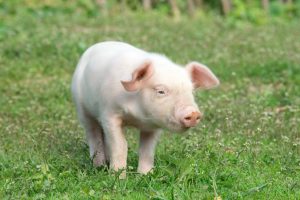 Mary was a little girl with long golden braids and round glasses. She liked stories about fairy creatures like unicorns and other animals that had great adventures in the forest. Her mother often went to the bookstore searching for storybooks about great adventures. One fine day, she found a story called “The Little Pig That Wanted to Fly.” This title was so interesting that she decided to take it home with her so that she should read the book to Mary. When Mom came back home that night, Mary met her excitedly and was ready to tell her how much fun her day at school had been.

“A new child is in my class!” said the little girl while following her mom to the kitchen, “He has very red hair and speaks a little differently from all the others.”

“Is he from another place?” Mom asked curiously.

“Yes! From another country, I think,” said Mary, looking curiously at her Mom who was taking a book out of her purse. “What is that book?” she asked.

“A gift for you, my child,” said Mom, handing it over to Mary.

“Thank you very much, Mom!” Mary shouted joyfully as she jumped and kissed her mom.

“We’ll read it at bedtime,” Mom said before preparing dinner. Little Mary waited impatiently until bedtime, and when the time came, she brushed her teeth on her own then waited in her pyjamas for her Mom to read the story. When Mom came in, Mary gave a little cry of excitement and excitedly waited for her mom to read her the story. Mom sat on the edge of the bed and opened the book, then she began to read: “Once there was a very fat pink pig that had a tail that was coiled like a spring. He lived in a muddy field with his brothers and his parents. In that field, he could eat all the delicious food that he wanted. He played all day with his brothers, and if he got bored of that, he would walk around looking for a mud pool where he would lie down and play until dusk. That little pig was a happy little pig. Nevertheless, something was missing from his life, and he always felt that he needed something more.

One fine day, as the pig was resting in a mud pool, he watched the birds fly, travelling great distances and moving from one side to the other, playing in the howling wind with ease. They seemed so free that the little pig began to imagine what it would be like to have wings and to be able to out of the field in just minutes. He asked his elder brother if it was possible for pigs to fly.
‘A little pig flying?’ asked the pig’s big brother, ‘It is the biggest nonsense I’ve ever heard in my life!’ These words really saddened the little piglet so he went out walking in the field to be alone for a while. ‘Do dreams come true?’ the little pig asked the moon. Suddenly, just like a million shooting stars, a blinding light covered the little pig. Soon he felt two white wings, soft and full of feathers, spring out of his back. The magical moon, seeing him so sad, had given him a pair of wings!

‘I can fly!’ shouted the little pig as he woke up his entire family. Everyone was surprised to see a pig with wings. It was something they had never seen before. It was a strange day indeed, for pigs could now fly!”

“Wow!” Mary said at the end of the book. “Does that mean dreams can come true even if they’re very strange?”