This story is part 4 of a series.

In the first few parts of this series, we talked about what the children did during the blackout. However, we have not talked about how or why the power outage happened in the first place. This blackout happened because the animals in the city were bored with all the kids. The animals noticed that the children were always playing with their electronic devices. The animals were upset that the children were not paying attention to important things in life, like looking at the stars during the night or looking at the clouds during the day. The children were also not playing with their friends outdoors or telling stories around a fire in the evening. But nobody knows that the animals turned off the electricity in the city, so you have to keep quiet—shh, it’s a secret!

The electricity was eventually turned on again. On the last day that it was dark, Cassie and Juliet met at Armstrong’s house. Since there was no electricity, it was not possible for Cassie to cook, so they decided to have fun with Lord Moustache, who was Juliet’s cat. Juliet was used to playing outdoors with her cat and the other animals in her house. Cassie was not used to playing outdoors because she usually spent a lot of time cooking at home instead. During the days of the blackout, Cassie was very bored because she could not cook. But after a full day in the yard playing with Lord Moustache and Juliet, she realized that playing outdoors was not that bad after all. Little Cassie had a lot of fun—so much so that she told her dad, Mr Armstrong, that she would like to have a pet. She wanted a puppy! She planned to cook delicious dog biscuits in the shape of bones for her pet.

At the end of this last day, the animals thought that the children had finally learned to have fun without electricity, so they returned electrical power to the city. After spending several days playing outdoors, the children realized that they had more fun with their friends than when they played indoors. From then on, they would start to play outside more often. Of course, there is nothing wrong with watching movies or playing with electronic devices, but we must not forget to spend time outdoors.

This was the lesson that the animals wanted the children to learn when they turned off the electricity in the city.

The animals wanted to show the children that despite having technology and movies and other things, they could have fun outdoors. The most curious thing of all is that the children never found out how the blackout happened. Julio, who probably enjoyed the blackout the most, continued singing the song that his father had taught him to sing. He sang it every day. He even taught it to the rest of the children so that during the night, sitting around a bonfire, they could all sing it together.

What a beautiful song! 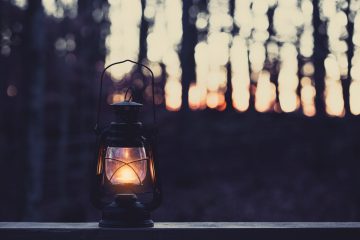 This story is part 3 of a series. On the second day of the blackout, the children did not meet. This time, everyone stayed at home with their parents. The children were lucky to have Read more…